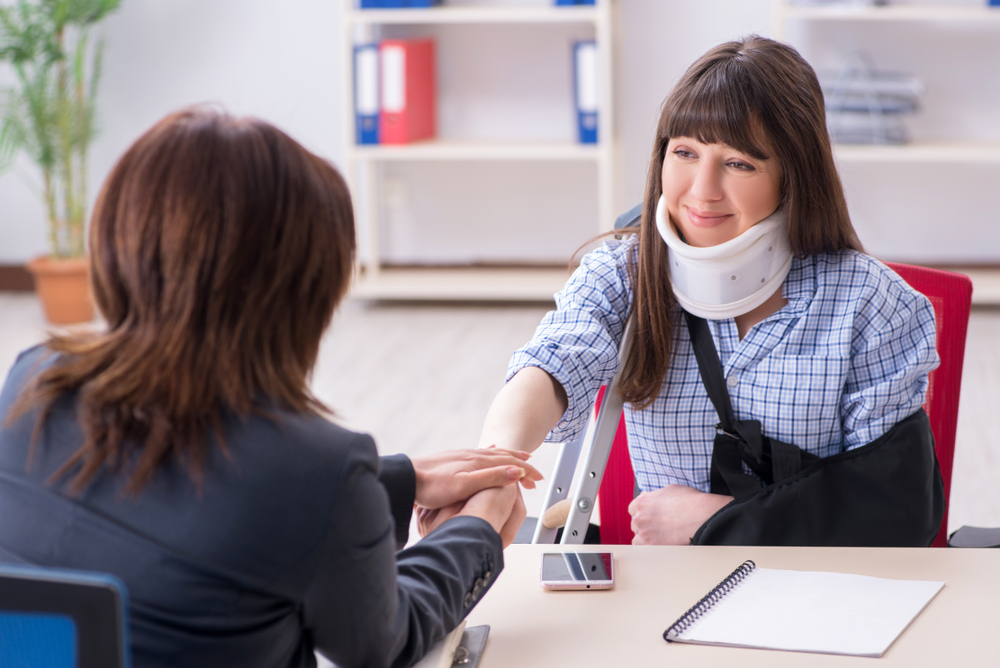 What is personal injury law?

Personal injury law refers to the remedies and defenses involved in civil actions brought as a result of unlawful conduct. In fact, the word “tort” comes from a Latin term, which means to twist, harm, or wrong. Unlike criminal law, an action in tort does not imply that the government prosecutes the wrongdoer. On the contrary, these cases involve a private plaintiff seeking compensation (usually money) for the injury caused by the defendant’s actions.

Most personal injury cases arise based on negligence or denial. In essence, negligence requires every member of society to act responsibly and to avoid putting others in danger. This does not mean that negligence will result in every time someone gets hurt. The doctrine recognizes that some accidents are inevitable. To establish liability, the plaintiff must show that a reasonably prudent person in the defendant’s situation would have acted differently in the circumstances.

Examples of negligence include car accidents caused by drunk drivers, medical complications resulting from the negligence of a doctor, and dog bites that occur when evil animals are allowed to roam freely. In each case, the responsible party ignored the risk to others and, as a result, the plaintiff was injured.

Once negligence has been established in a personal injury case, the defendant must pay the plaintiff for all damages caused by the actions of the defendant. Some types of damage are easy to calculate, such as property damage and medical expenses. The testimony of an expert may be necessary for other types of problems, such as emotional distress and loss of earning capacity. Punitive damages to punish and deter particularly serious behavior may also be available.

When initiating a tort action, it may be difficult to identify the appropriate defendants. Indeed, the “offender” who directly harmed the plaintiff – delivery driver, nurse, grocer, or another person – may not have the financial resources to make a high judgment. An injury lawyer can identify and prosecute other parties who are responsible for their relationship with the offender, such as an owner or an employer.

What is workers compensation?

Worker’s Compensation is a type of mandatory business insurance that provides injured or sick employees on the job with medical coverage and replacement income. It also protects companies against employee lawsuits for working conditions that have caused such an injury or illness.

Workers’ Compensation laws are designed to ensure that employers pay a portion of the cost of personal injury or, in some cases, occupational illness, suffered by employees in the course of their work. Workers’ Compensation legislation requires the employer to provide a reasonably safe place to work, appropriate equipment, rules and instructions, where applicable, and reasonably competent supervisors and superintendents. The employer is responsible for the negligence of an employee, serious employer misconduct, and exceptional work-related risks. In most cases, the employer is not responsible for accidents outside the workplace or for those who are not directly born from a job.

State workers compensation laws are different in each state and precinct. The Federal Act on Workers’ Compensation covers non-military federal employees or workers employed in an important aspect of interstate commerce. These laws also provide benefits for dependents of workers who have died as a result of workplace accidents or illnesses. Some laws also go a mile to give employers and co-workers protection by setting ranges in the amount an injured employee can acquire from an employer and terminating the liability of co-workers in most accidents.

Other laws provide similar protection for employees in the event of employer negligence, such as railway employees under the Federal Act on Professional Liability and seafarers under the Canada Labor Relations Act. The Port and Port Workers Compensation Act provides for the compensation of workers for specified employees of private maritime employers. The Black Lung Benefits Act provides for compensation for minors suffering from “black lung” (pneumoconiosis).

An employer who was aware of the likelihood of his employee being injured in the performance of his job, unless precautions are taken for his safety, but deliberately fails to take such precautions, is liable to willful misconduct. Intentional misconduct by an employee may prevent recovery under workers’ compensation legislation. Intentional misconduct is judged on the facts of each case, but generally equates to more than negligence or gross negligence and can be quasi-criminal. For example, a court found that acts of sexual harassment by an employee constituted “intentional and willful misconduct” within the meaning of the Workers’ Compensation Act. He found that the employee “knew what he was doing was wrong” and that he persisted. The behavior of the employee was described as “willful, brutal and unprofessional” and it was determined that there was sufficient basis for concluding that his behavior had reached the level of moral turpitude that could be described as “intentional” and voluntary.

This section explains the law and procedures for injured workers who have both a workers’ compensation claim against their employer and a claim for personal injury resulting from the same incident.

There are many situations in which an employee may have both a compensation claim at work and a claim for personal injury resulting from the same accident. One of the most common situations in the construction industry is where the employees of several contractors perform the same functions. For example, in a large construction project, a mason on a raised scaffold could accidentally drop a tool onto a grounded electrician. The injured electrician submitted a workers’ compensation claim to his employer and his employer’s employment insurance company. The injured electrician also has a claim for personal injury based on the negligence of the mason and his employer.

The most common situation in which an injured worker has both a work-related claim and a personal residence claim is the one where the worker drives in the course of his work and is injured in a car accident. Later in this section, I will use a hypothetical car accident to illustrate the interactions between workplace law and personal injury law.

The Workers Compensation and Accident Claims Act is very complicated. This section explains the general operation of the law. However, there are many exceptions, and the facts specific to each case are critical and can lead to very different results. If you have a joint of claim and inquiry of Workers Compensation Lawyer & Personal Injury Lawyer, you should get legal help.

The fact that the injured worker is not fully compensated by the settlement or compensation for bodily injury does not reduce the salary insurance company’s right to be reimbursed. As a result, an injured worker who has both a claim at work and a claim for personal injury is not legally entitled to obtain what is sometimes called a “double compensation.”

The Employment Insurance Corporation is required to pay legal fees and litigation costs for all amounts paid to the Employment Insurance Corporation out of personal injury recovery. For example, an injured worker may have hired a lawyer to pursue a claim for bodily injury, with the understanding that the lawyer would be paid one-third of the amount recovered. Suppose the injured worker pays his $ 30,000 personal injury claim and there is a $ 15,000 working privilege. In the absence of another negotiated settlement, the labor insurance company would be entitled to receive $ 15,000. Five thousand dollars would be paid to the lawyer as a fee to recover funds on behalf of the labor insurance company effectively, and the labor insurance company would receive $ 10,000.